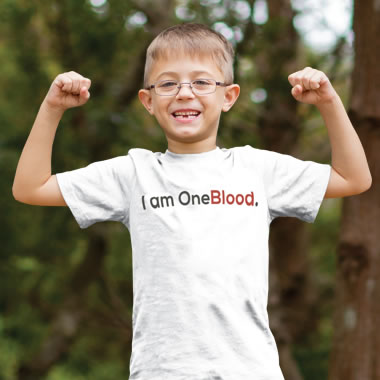 Seven-year-old Corbyn was born with Beta Thalassemia Major (Beta Thal), which is similar to Sickle Cell anemia but more severe. Because of a mutation on his Beta chain, his body needs blood transfusions to help increase his hemoglobin levels. He receives routine transfusions every two to three weeks.

Corbyn was first diagnosed when he was 14 months old. Since his diagnosis, he has had more than 100 blood transfusions! His treatment doesn’t end there. Between transfusions Corbyn must undergo chelation therapy, a treatment to help remove iron from his organs to maintain healthy levels.

The only cure for Corbyn was a bone marrow transplant from a matching sibling. However, when his sister was born, she was not a match. Corbyn will have to maintain his treatment regimen for the rest of his life. Not the sort of burden you would expect a seven-year old to endure.

His amazing parents recently traveled to China to adopt a brother, Cai, who has the exact same condition as Corbyn! The two brothers will be able keep each other company during their frequent, long, lifesaving transfusion sessions and share a bond of brotherhood along the way.

Corbyn is completely dependent on lifesaving blood, and the brothers remain grateful every day for all the donors who share their power to give them the gift of life.