Tattoos are a long-standing trend that isn’t going to fade anytime soon. And in the world of blood donations, getting a tattoo also meant getting deferred.

In the past, the rule was clear: donors had to wait at least 12 months after receiving a tattoo before they could donate again.

With 38 percent of young people aged 18-35 having at least one tattoo, that rule would severely limit the number of available blood donors out there. Thankfully, that is no longer the case; and hasn’t been since 2013.

Unfortunately, donors weren’t informed of this update on a widespread basis, so a common question from current and prospective blood donors is: “Can I donate blood if I have tattoo?”

Can you donate blood if you have a tattoo?

In the state of Florida, a person can donate blood as soon as their tattoo heals as long as they received that tattoo from a licensed tattoo parlor and professional. If they did not receive their tattoo at a licensed facility, the 12-month rule still applies.

“Individuals who have undergone tattooing within 12 months of donation are eligible to donate if the tattoo was applied by a state regulated entity with sterile needles and non-reused ink.”

The main reason the Food and Drug Administration implemented this deferral in the first place was due to health and safety concerns, rather than social biases.

When the rule was initially outlined, way back in 1992, the risk of HIV due to shared needles was the primary cause of concern. Tattoo shops were not regulated by the state and therefore, to protect blood recipients, the 12-month deferral was implemented.

That’s not to say that blood products are any less safe today, just that the new monitoring and regulation of tattoo facilities allows for a more appropriate criteria for blood donor eligibility. 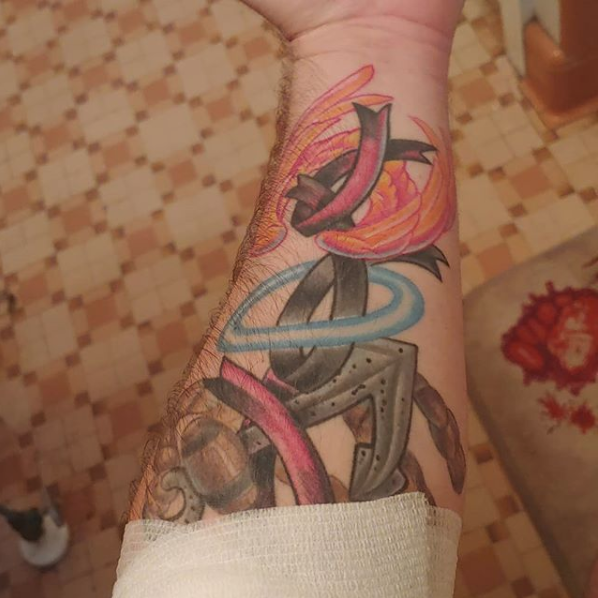 @Zakworden has donated 15 gallons with OneBlood and has the blanket to prove it. 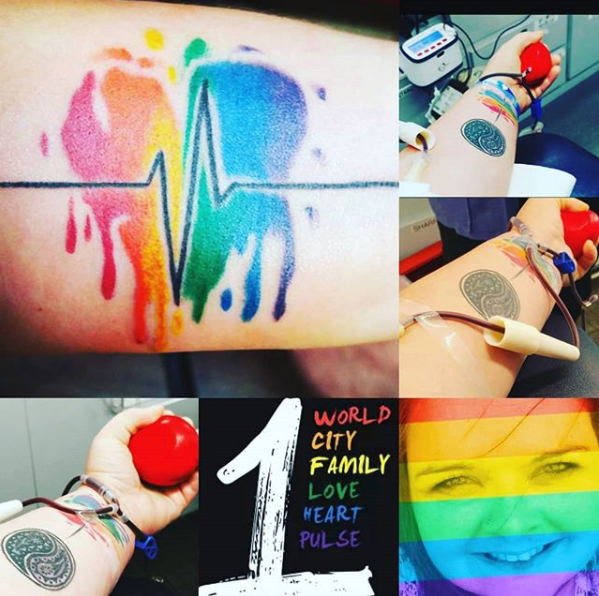 @k3ll3ymo had never donated blood before, until she saw the @myoneblood poster with survivors from the Pulse Nightclub massacre. She attended a memorial after the tragedy and then got a memorial tattoo shortly after. When she saw the poster in 2017, she decided that donating blood would be how she continued to remember and help others. She donates whenever she can. 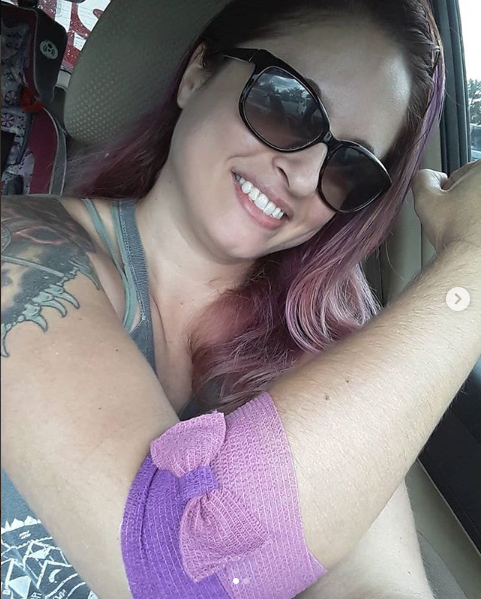 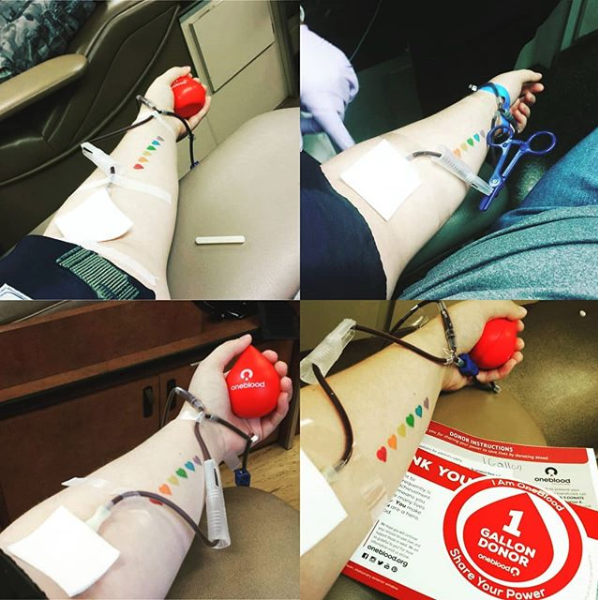 @fettsjetts donates frequently with her Pulse Nightclub memorial tattoo, including on the 1 and 2 year anniversary of the tragedy. She continues to donate because she loves the experience and having the chance to help people. 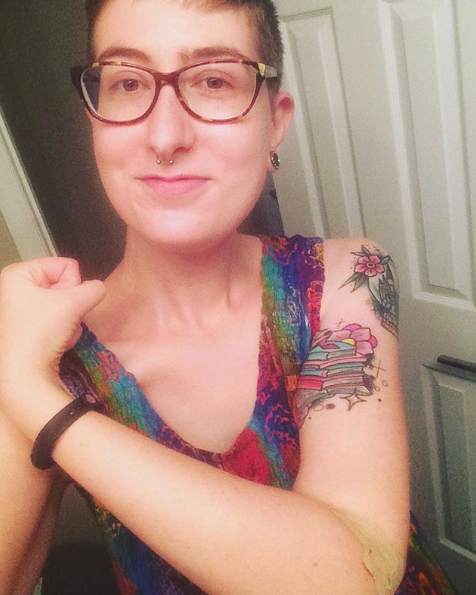 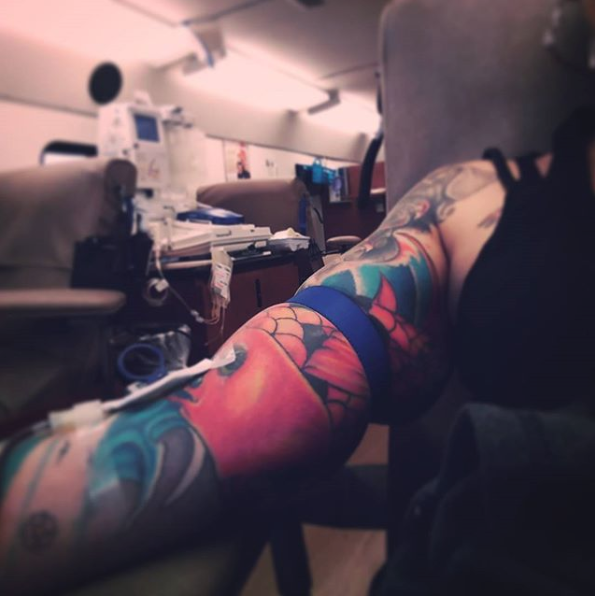 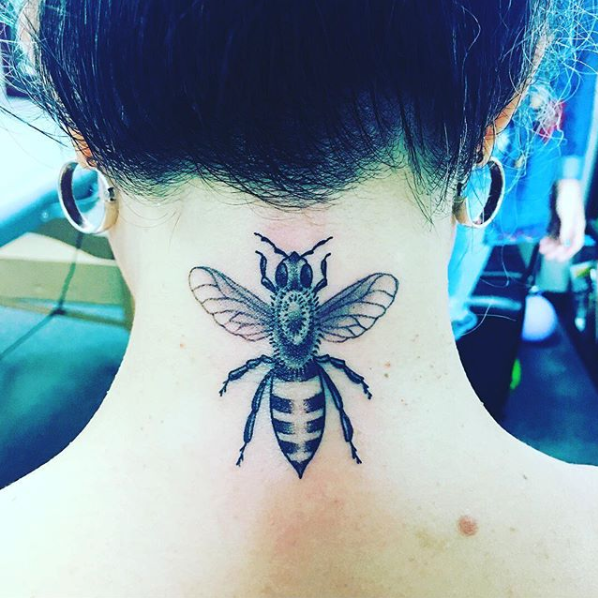 @sfrost says she never would have gotten her tattoo if it would have taken her off the donor list for a year! She’s got 8 gallons of donations under her belt.

If you have been waiting to donate blood because of your tattoo, wait no more! Schedule your donation today by visiting our Donate Now or Big Red Bus page.