Happy New Year! Throughout 2021, we're taking you on a journey of donating through the decades.

And to kick the year off, we're throwing it back to the fifties. Here's a look at big events that defined the decade.

In 1950, one of the single most influential developments in blood collection was the introduction of the plastic blood collection bag. According to the American Association of Blood Banks, AABB, blood center timeline, Carl Walter and W.P. Murphy Jr. developed the plastic bag to replace breakable glass bottles. Another major development was the refrigerated centrifuge in 1953 to help expedite blood.

The Golden Age of Television began in the early 50s. The History Channel reports that shows like I Love Lucy and The Honeymooners were entertaining American families as they gathered around the TV.

On the radio songs from Elvis Presley, Chuck Berry, Sam Cooke, and Johnny Cash were heard blasting from car stereos.

Here are some fun facts about life in America during the 50's from the US Census Bureau.

In the science world, the first color TV's were produced along with Jet-propelled aircraft which introduced nonstop air travel and the Soviets launched Sputnik, the first satellite to orbit Earth, in October of 1957. 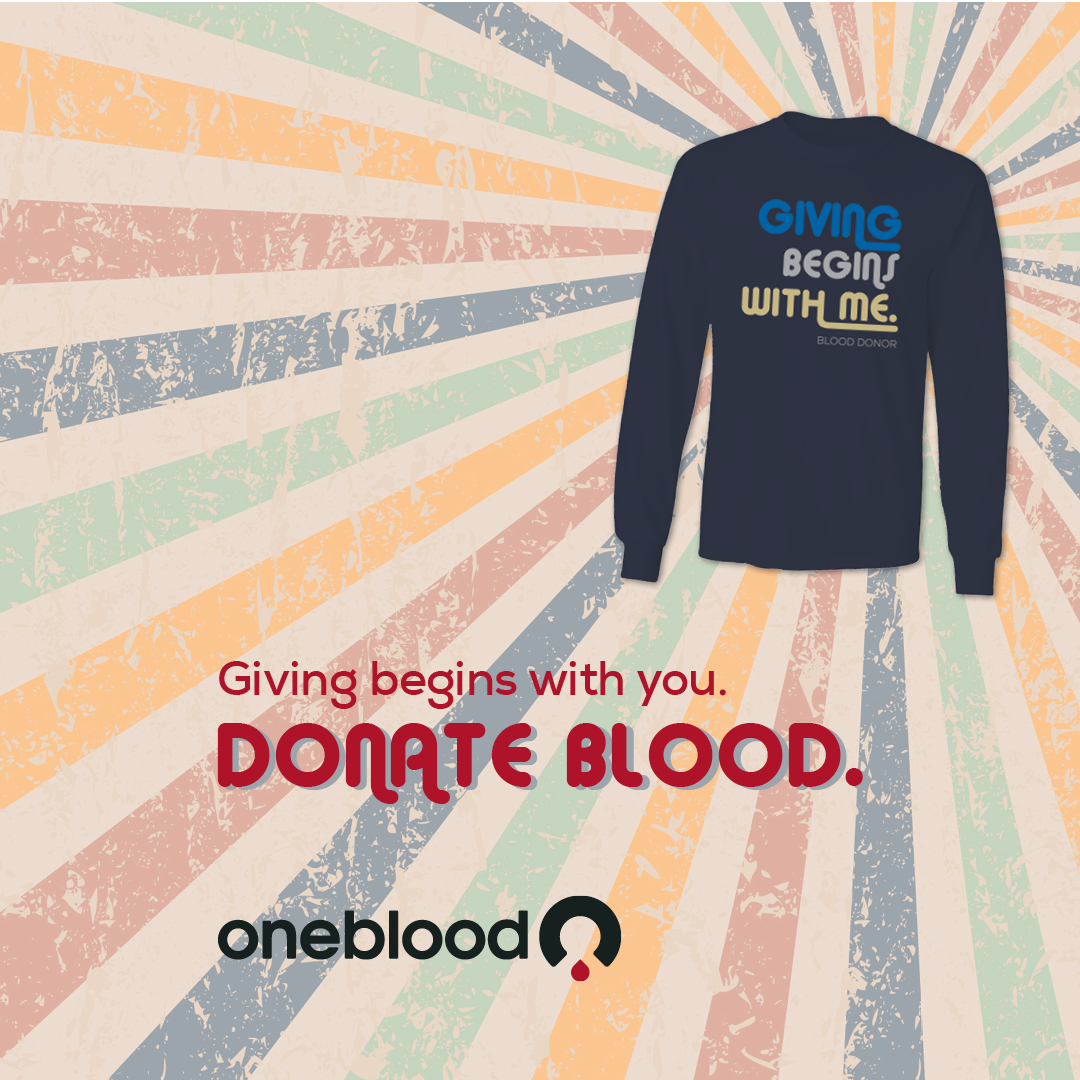 So if you're ready to celebrate the 50s and save lives, come in and donate. Give blood in January or February and you will get some of the ginchiest swag around. Donors can show off their “Giving Begins with Me” motivational T-shirt to inspire others to cruise in and donate. February 12-15 donors can get cozy and comfy in Valentine's Day lounger pants.

Be one of the coolest cats in town! Make an appointment to donate today. Click now to find a OneBlood Donor Center or Big Red Bus near you.