Throughout 2021, we're taking you on a journey of donating through the decades. As we leave behind the political and cultural upheaval of the 1970s, we continue into the tech-driven, new wave 1980s.

In 1985, the first HIV blood-screening test was licensed and implemented by blood banks. Concerns over HIV also led to a new level of overall vigilance regarding the tracing and tracking of transfusion-related events.

The 1980s saw a political re-set in the United States. Former movie actor, Ronald Reagan, was elected president, and by the end of the decade, the Communist-led Soviet Union had (at least temporarily) fallen, along with the Berlin Wall.

The long-running Cold War appeared to be ending as glasnost (freedom) and progressive Soviet leader Mikhail Gorbachev pointed toward a hopeful future.

Many popular stand-alone movies such as Star Wars, Indiana Jones, Rambo, Back to the Future, and Superman launched into the world of expansive franchises, spawning numerous sequels.

Meanwhile, the small screen tried to keep up as TV shows like Battlestar Galactica, Buck Rogers, Mork & Mindy, and The Incredible Hulk kept kids riveted. By the end of the decade, the cutting sarcastic humor of The Simpsons had arrived, and it was a whole new game.

Traditional vinyl record albums and cassette tapes tapered off as digital compact discs took over on the music front. Thanks to the arrival of MTV and the music video, music artists found a necessary new focus on visual style.

Visually stunning, all bright and neon became an attention-grabbing movement. Splashy, quirky new wavers such as Culture Club, Cindi Lauper, Duran Duran, The Eurythmics, The B-52s, and The Police ruled much of the decade.

Hip hop and rap groups such as Run-DMC arrived on the scene as well, introducing new styles of rhythmic speech and revolutionary instrumental techniques, such as scratching.

The 1980s also saw musicians focused on ending global starvation, as fundraising projects such as USA for Africa and Band-Aid, and the historic Live Aid 1985 global concert, proved that music had a conscience.

Here are some interesting facts about life in America during the '80s from the US Census Bureau:

If you're ready to celebrate the 80s and save lives, now is the time to come in and donate. Give blood in July & August and you will get some of the grooviest swag around, including a righteous OneBlood Beach Towel! 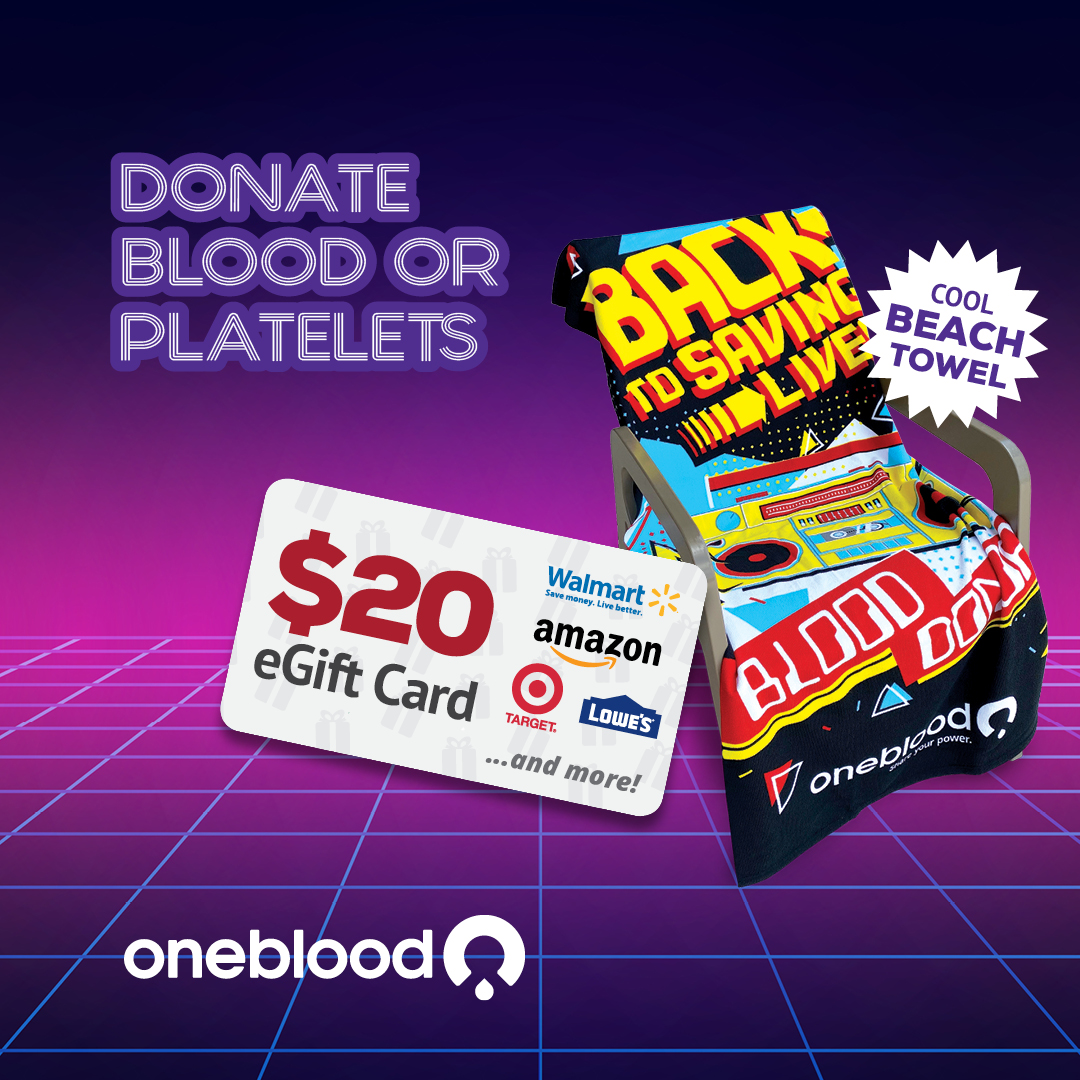 Don’t have a cow, man! Make an appointment to donate blood today. Click now to find a OneBlood Donor Center or Big Red Bus near you.

What Is The Most Common Blood Type?

Grayson's Triumph Over Cancer Thanks To Blood Donors