Throughout 2021, we're taking you on a journey of donating through the decades. As we leave behind the new wave, trickle-down 1980s, we continue into the technology craze of the 1990s.

The start of 1990 saw the introduction of the first specific test for hepatitis C, the major cause of “non-A, non-B” hepatitis. Implementation of testing donor blood for HIV-1 and HIV-2 antibodies began in 1992, and in 1996 HIV p24 antigen testing of donated blood began.

At the end of the decade, nucleic acid amplification testing (NAT) under FDA’s Investigational New Drug (IND) program started being implemented; NAT is a cutting edge testing technology that directly detects genetic materials from viruses, including HCV and HIV.

A Glimpse into our Galaxies

In 1990, the Hubble Space Telescope was launched, allowing humanity to see further and more clearly into the cosmos than ever before. At the same time, communication technology exploded with the coming of the World Wide Web. As people tuned in, linked up, and networked like never before, computers and other communication devices began a mad race to keep up. The 21st Century had arrived!

Moviemakers gave us a cinematic box of chocolates, with emotional tales such as Forrest Gump, Titanic, and Pretty Woman. Future cult classics such as The Matrix and Pulp Fiction arrived. Thanks to Jurassic Park, dinosaurs ruled the planet again after millions of years.

Pixar played on our childhood heartstrings with Toy Story. The psychological horror tale Silence of the Lambs held audiences captive...Fava beans, anyone?

Meanwhile, TV was experiencing a new golden age. Sophisticated sitcom powerhouses such as Seinfeld, Frasier, and Friends ruled the airwaves, dropping relentless, weekly doses of high-level hilarity. Adult-tier animated shows such as The Simpsons and Southpark snuck in biting satire and commentary under the guise of being “just a cartoon.”

On the mystery/sci-fi front, shows such as Buffy the Vampire and X-Files brought us face to face with the supernatural. Even Star Trek was riding high on its new small-screen spacefaring voyage, The Next Generation.

On the music front, the Seattle Sound (Grunge) took center stage as the driving alternative rock culture of the first half of the decade. Spearheaded by such bands as Nirvana, Pearl Jam, and Stone Temple Pilots.

The rough, punk-inspired cultural movement was best recognized by plaid shirts and a “slacker” style and sound. By the end of the decade, many of these influential bands had already disbanded, but the Grunge movement would not be easily forgotten.

Here are facts about life in America during the '90s:

If you're ready to celebrate the 90s and save lives, now is the time to come in and donate. Give blood in September & October and you will get some fly swag, including a totally buggin' OneBlood T-Shirt! 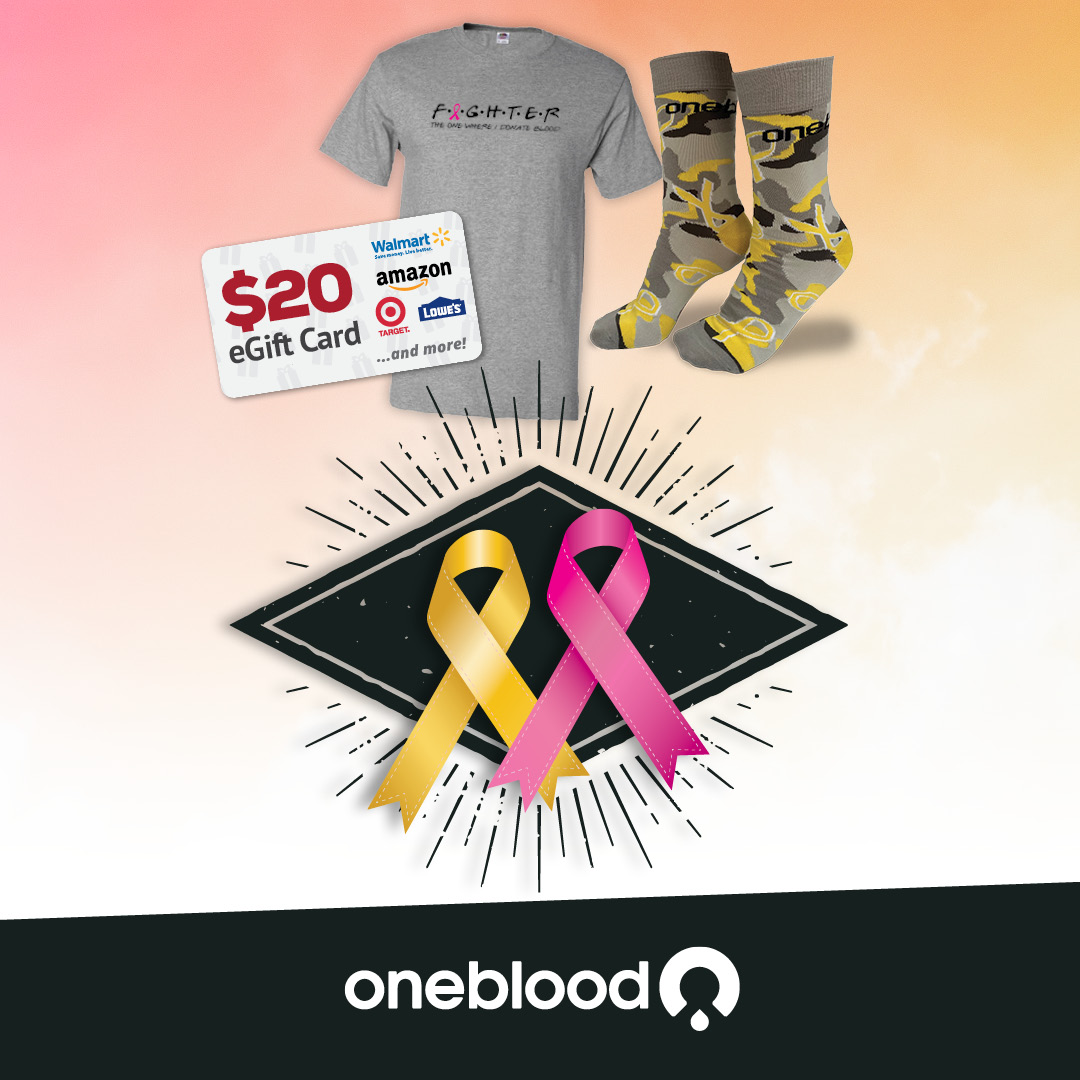 Donating blood is da bomb! Make your appointment today. Click now to find a OneBlood Donor Center or Big Red Bus near you.