A Brief History Of Female Superheroes

OneBlood's There's A Hero In You series continues to celebrate blood donors as superheroes in action with OneBlood Rewards and hero-themed gifts. 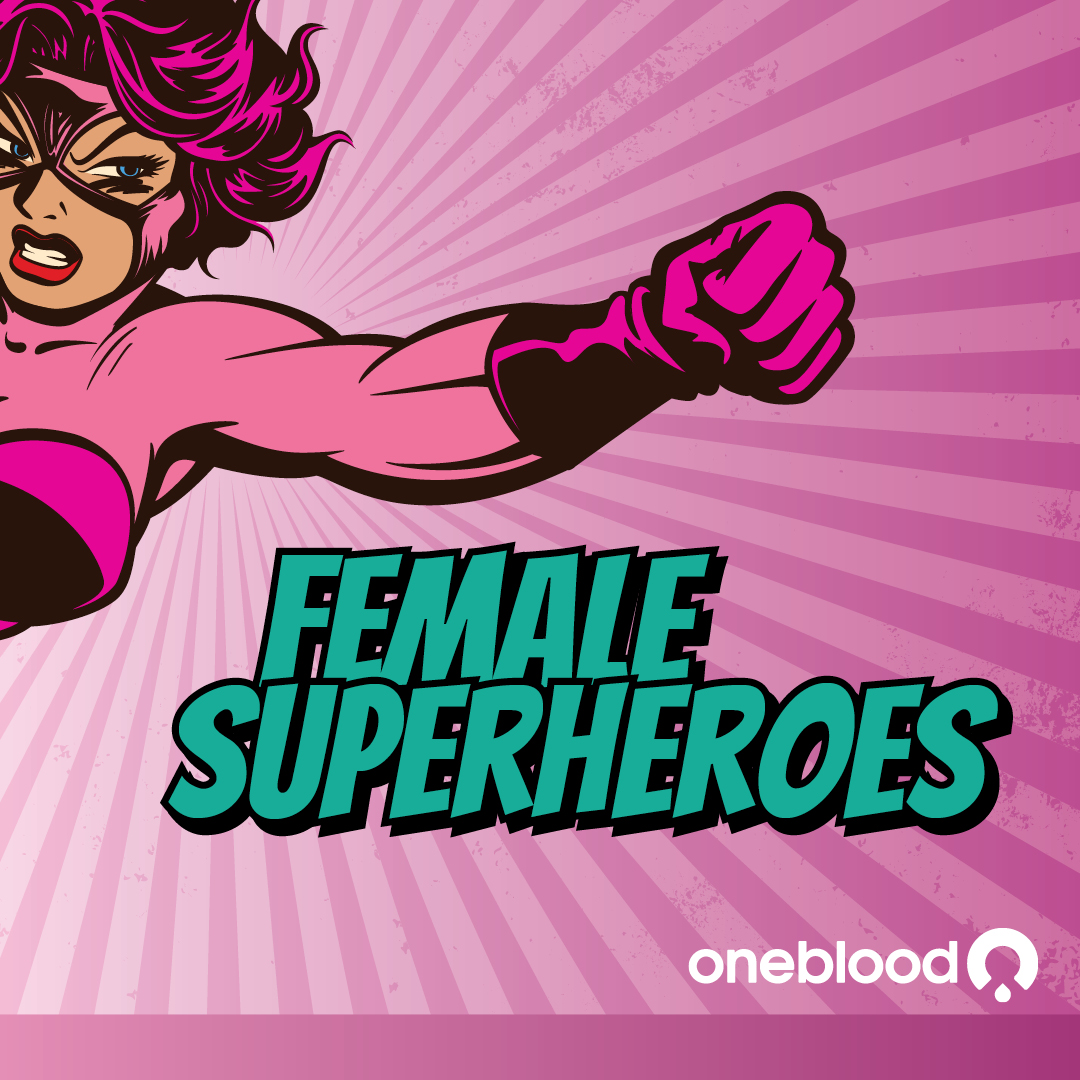 During Women's History Month we're focusing on the history of female superheroes.

Before the 1940’s and the onset of World War II, saving the day - being a hero - was traditionally seen as a man’s job. That was soon to change, though, as the housewives of America stepped up during the war and revealed what they could do. Taking on physically challenging jobs normally filled by men, women played a pivotal role in the Allied victory. They helped save the day and never forgot.

Comic books of the time reflected this movement. It’s no accident that the most iconic female superhero of all time – Wonder Woman – arrived on the scene during this decade. An Amazonian Princess raised and trained by women, Diana of Themyscira reflected a growing awareness of female power, while at the same time connecting this lineage to a comfortingly familiar and exotic Greek “goddess” mythology.

A return to conservative “normalcy” in the 1950’s attempted to put women back where tradition said they belonged – the home and kitchen, and subservient to their husbands. A few comic book publishers attempted to remove female superheroes from prominence during this time, but the genie was out of the bottle.

Policies attempting to return women to the back burner were soon swept away with the onset of the 1960’s and the growing focus on equality and women’s liberation. Marvel Comics helped lead the charge during this time, introducing powerful female heroes such as The Uncanny X-Men’s Marvel Girl and The Fantastic Four’s Invisible Girl.

There was an explosion of comic book female representation starting in the 1970’s. Leading the charge was the previously mentioned Jean Grey – Marvel Girl. In one of the most powerful, important story arcs in comic book history, this demure, beloved X-Men character evolved from a young woman with limited telepathic powers to the all-powerful Phoenix creature, a god-level entity that could consume civilizations and even destroy stars.

More a commentary on moral clarity and sacrifice than on straight-up heroism, the Dark Phoenix Saga stands as a striking commentary on the challenges of evolving female identity and growth during this pivotal decade. 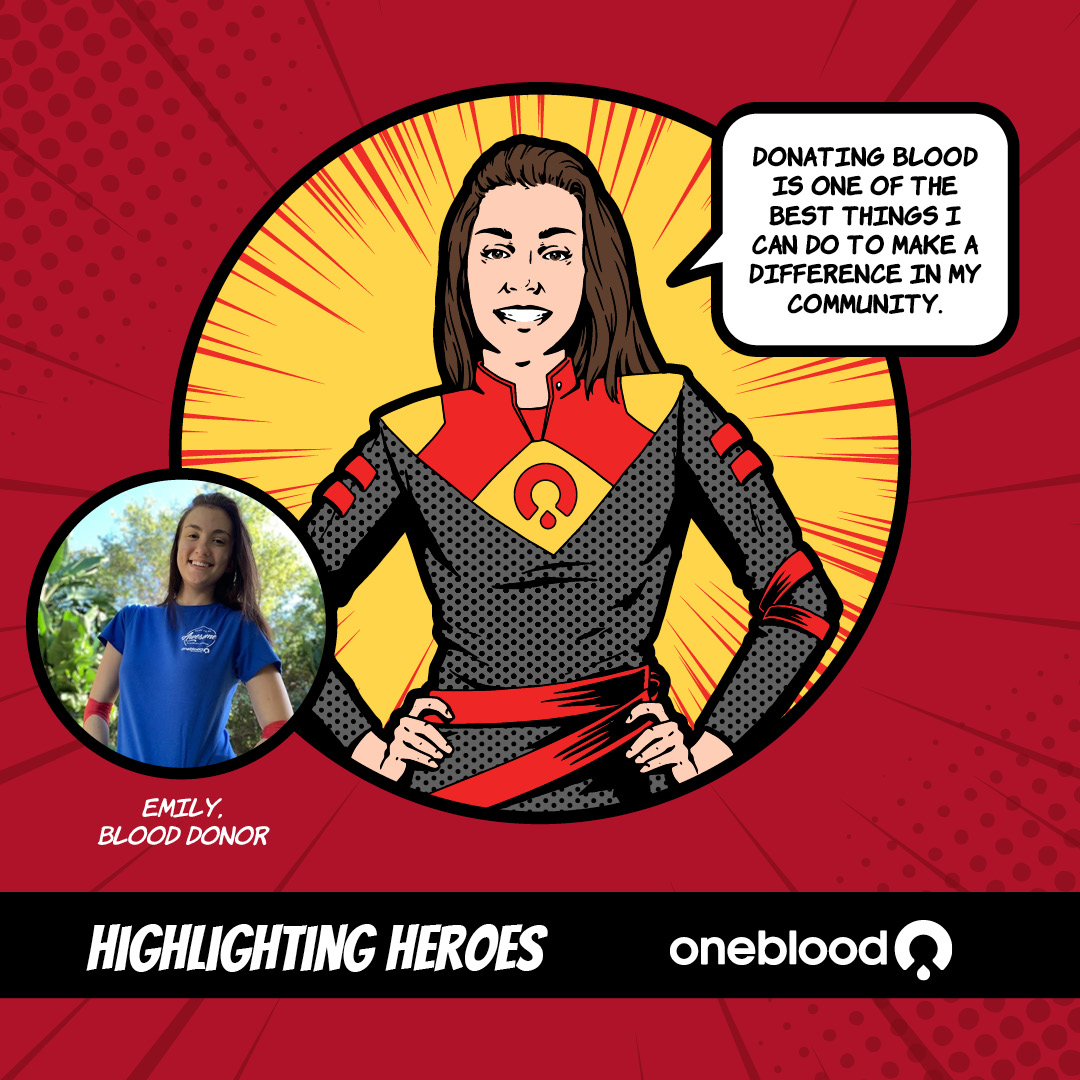 More recently, the power and relevance of female superheroes has been increasingly well represented in television (Buffy the Vampire Slayer, Supergirl) and in high-budget motion pictures such as Marvel’s The Avengers (Black Widow) and Captain Marvel, and the long-overdue big-screen Wonder Woman flick from DC Comics.

We’ve come a long way since the 1940’s housewife-turned-homefront hero. No matter where one looks, it’s more apparent than ever before that WE ALL HAVE GREATER POWERS THAN WE KNOW. And that’s a wonderful thing.

Every person has a super lifesaving power! There is no substitute for blood it only comes from generous donors. Join a team of heroes in action and schedule an appointment to give blood today.

Paul Ramey is a OneBlood Graphic Designer, as well as a published author (Edgar Wilde and the Lost Grimoire). Paul is very proud to be part of OneBlood’s lifesaving team.

Going Back To School With Blood Donor Chair Melanie

A Brief History of Superhero Dads