Cultural Trends and Blood Collections During the 1960s

Throughout 2021, we're taking you on a journey of donating through the decades. Continuing past the post-war 1950s, here’s a look at big events that defined the tumultuous 1960s.

There were many exciting blood-related advances in the 1960s, including the first liver and heart transplants. Also, from 1966–67, a crucial technical change shaped the entire blood service operation when glass bottles replaced plastic bags for blood collection.  Around the same time, the country finally moved past segregating blood by race.

In 1962, John F. Kennedy put the United States on a high-octane space race with the Soviet Union. “Before this decade is out,” he promised, and by 1969 humanity had indeed set foot on the moon. 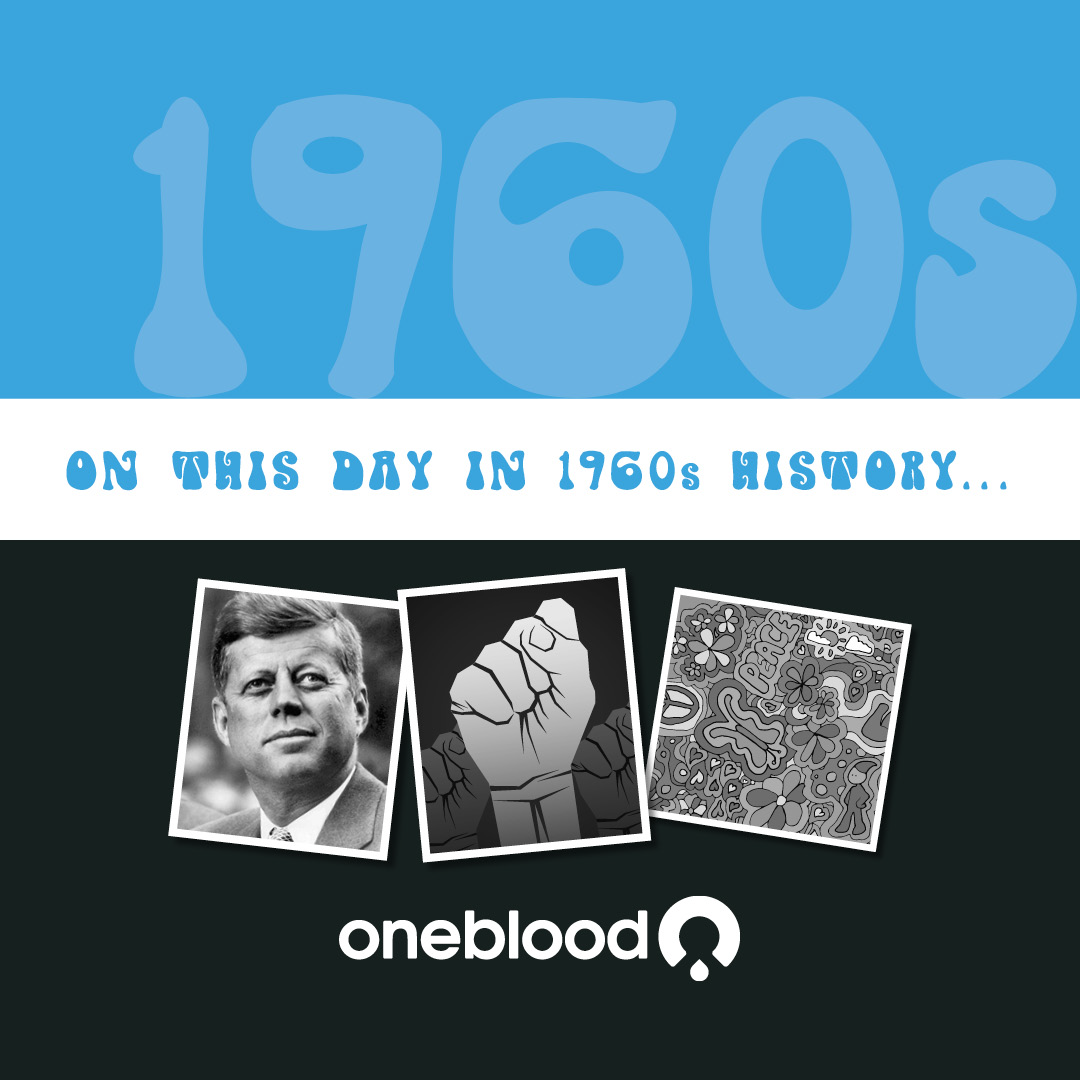 Television sets became more advanced. Black and white televisions were traded out for technicolor brilliance. Just in time for groundbreaking, color-driven shows such as Star Trek, Batman, and Sesame Street.

Popular music received a transatlantic transfusion as the British Invasion – led by bands such as The Beatles, Cream (Eric Clapton) and The Rolling Stones – brought the blues back to America. In conjunction with an awakening of Civil Rights consciousness across the country, the blues-inspired popular rock n’ roll music from across the seas helped pave the way for equal rights and cultural integration here at home.

Here are some fun facts about life in America during the '60s from the US Census Bureau: 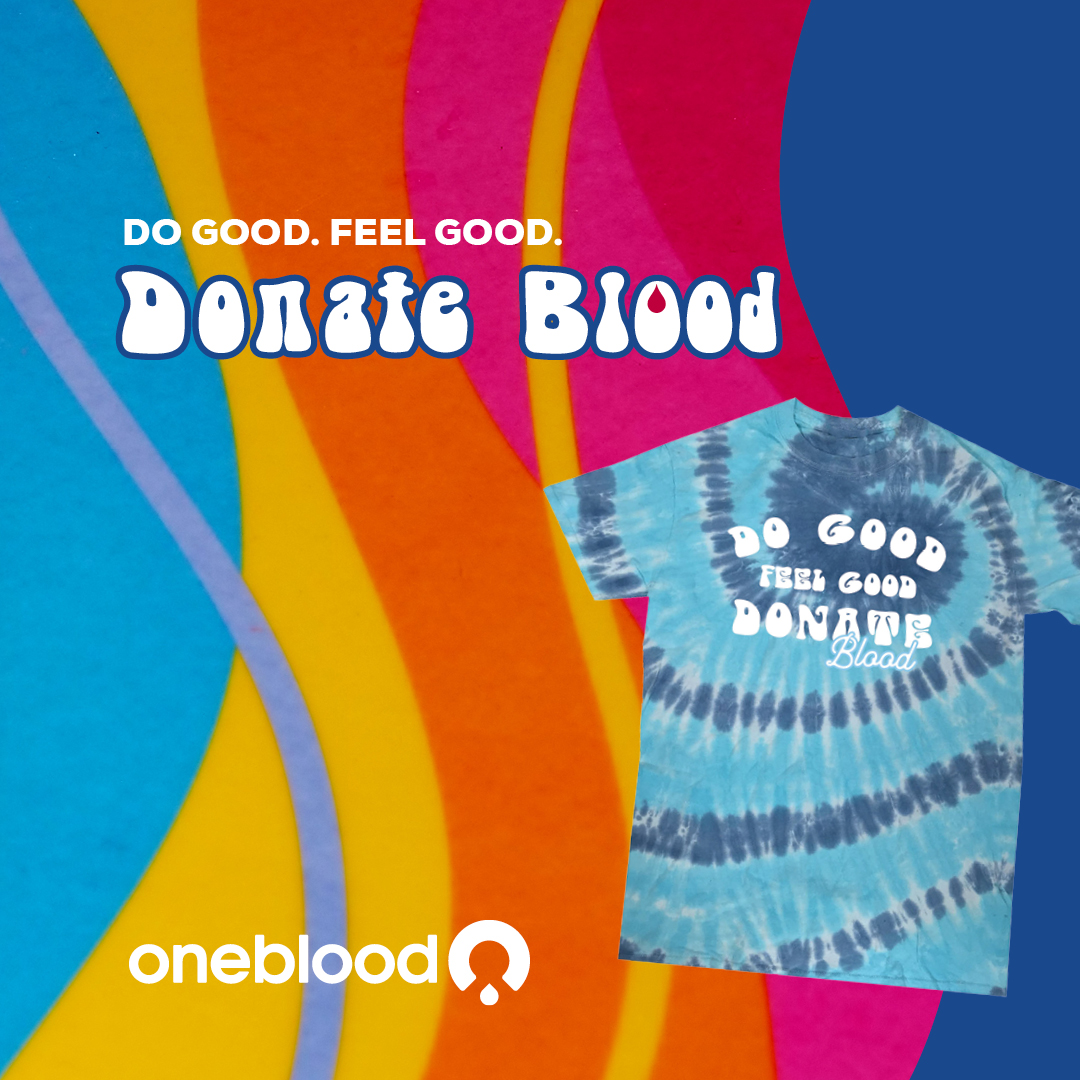 If you're ready to celebrate the "60s and save lives, now is the time to come in and donate.

Give blood in March or April and you will get some of the grooviest swag around. Donors can let the fun shine in while wearing a OneBlood tie-dye T-shirt! And from March 10 to March 17 donors will receive a special St. Patrick’s Day T-Shirt!

Start your own revolution! Make an appointment to donate today. Click now to find a OneBlood Donor Center or Big Red Bus near you.

What Is The Most Common Blood Type?

Grayson's Triumph Over Cancer Thanks To Blood Donors