Importance of a ready blood supply

In times of natural disasters and tragedy, such as the Marjory Stoneman Douglas High School shooting in Parkland only one year ago, police officers and firefighters are often the first on the scene. They’re known resoundingly as First Responders.

But what about blood donors?

When unforeseen events happen, blood donors flock to their local OneBlood donor centers and track down a Big Red Bus near them. But did you know, that the most critical donations are those given before the accident or emergency ever even happens?

We don’t usually think of donors as first responders because their help is given several days beforehand. Blood donors truly are First Responders though. When disaster strikes, it’s the blood already on the shelves that helps save lives.

It is difficult to think about our friends and family members being involved in a crisis; unfortunately these things happen every day. And every day someone needs blood.

For these people, blood donors are not only lifesavers, they are selfless givers who took action before the crisis struck.

In times of tragedy, “look for the helpers,” as Mr. Rogers famously said. People are caring and generous and when the country needs blood due to an emergency, donors turn out in the thousands.

“When I was a boy and I would see scary things in the news, my mother would say to me, "Look for the helpers. You will always find people who are helping.”

Those donations help replenish the blood supply that’s used during the crisis, and we’re very thankful for their contributions. To ensure we have blood for accident victims, surgery patients, trauma victims and others, though, we depend on donors every single day.

The next time you see the Big Red Bus in your area, take time to step onboard and offer to donate. Or make an appointment for a donation at a blood drive near you or in one of our donor centers. 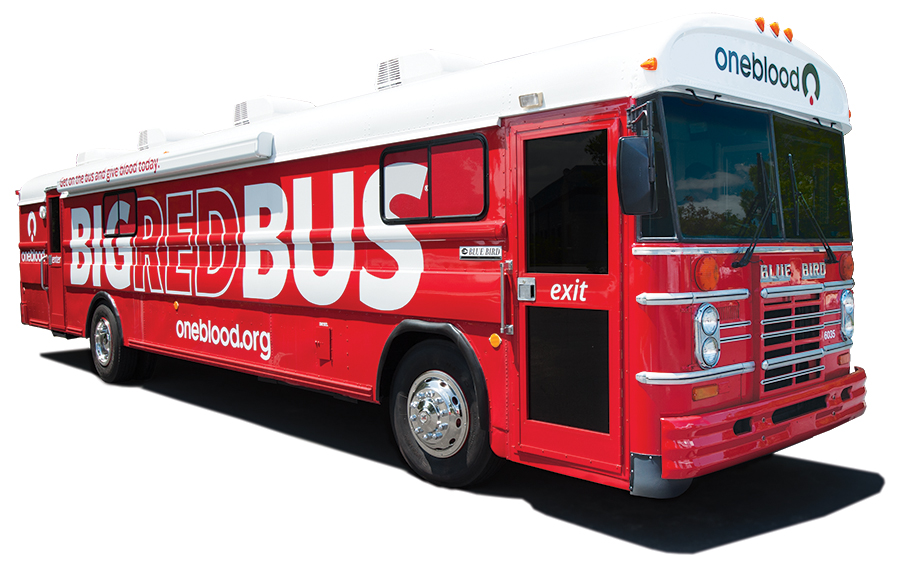 Most donations are needed and used within only a few days. Your donation can and will save lives.

Visit our Donate Now page to find a blood drive near you.

The Health Benefits of Giving Blood