Throughout 2021, we're taking you on a journey of donating through the decades. As we leave the space age, counterculture 1960s behind, we continue with the uncertain, consumer-driven 1970s.

By 1972, the FDA began to regulate all blood and plasma centers. And the process of extracting one component of blood, like platelets, and returning the rest to the donor — apheresis — is discovered.

As the Vietnam War drew to a close the United States found itself embroiled in domestic political turmoil, with President Richard Nixon resigning in the wake of Watergate and a debilitating energy crisis.

At the same time, Americans were comforted by groundbreaking comedy television such as All in the Family, Good Times, Saturday Night Live, and M.A.S.H. Culturally sensitive issues such as inequality and justice were becoming ideas ripe for exploring, and the country was tuning in.

On the music front, the folk and psychedelic music that had given the 1960s so much of its counterculture buzz gave way to more hedonistic, indulgent sounds, including glam, heavy metal and disco. It was a decade focused on freedom and glitzy flare, and artists such as David Bowie, The BeeGees, ABBA, and KISS paved the way. This musical evolution was pushed to the limits by big screen flicks such as Saturday Night Fever, Jesus Christ Superstar and The Rocky Horror Picture Show. To quote Rocky Horror’s main antagonist Frank-N-Furter, “Don’t dream it — BE IT!”

Here are some interesting facts about life in America during the 70's from the US Census Bureau: 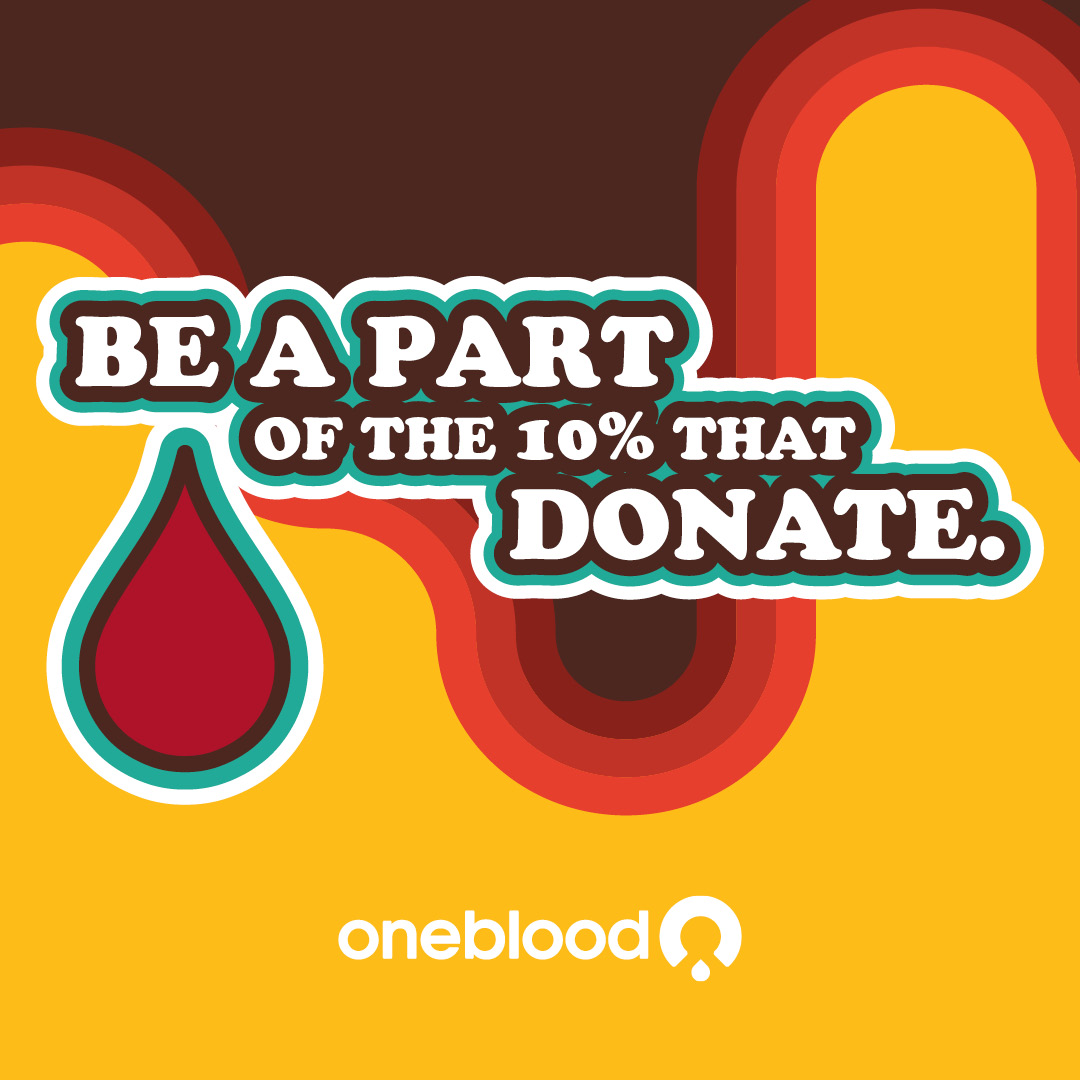 If you're ready to celebrate the 70s and save lives, now is the time to come in and donate. Give blood in May or June and you will get some of the grooviest swag around. Donors can help others stay alive while wearing a OneBlood T-shirt! And from May 21 to May 31 donors will receive a special Memorial Day Car Sun Shade!

Get in the fast lane to saving lives! Make an appointment to donate today. Click now to find a OneBlood Donor Center or Big Red Bus near you.

Where Are They Now: Olivia's Story