How to test for low iron

If someone is worried about low iron, they should go to their medical provider to have their iron level tested. But people may discover that their iron is low when they attempt to give blood.

Before a blood donation, the blood center will test the iron level of donors to see if it is high enough for them to safely donate.  While this test will not indicate why a person’s iron is low or diagnose a medical condition, it can serve as a first alert for low iron levels. If the test indicates a lower-than-expected iron level, the individual can see their health care provider for further tests. 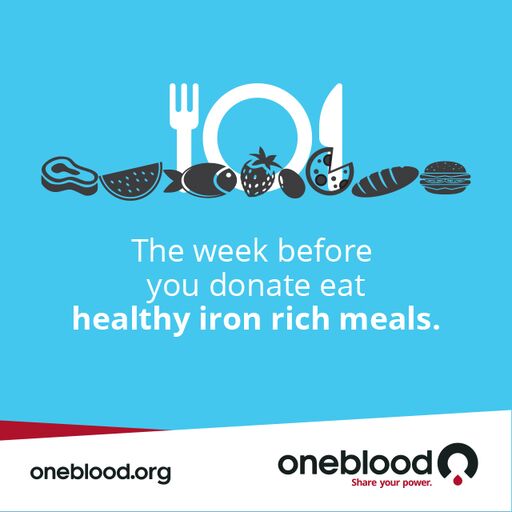 Testing for iron deficiency through a blood sample

People worry about iron deficiency or low iron when they’re feeling tired and fatigued on a daily basis because these are common symptoms of anemia. Iron is an important element in blood and is needed for red blood cells to carry oxygen throughout the body. A doctor can test for iron deficiency by taking a blood sample.

Iron levels are often tested using the finger-prick method. This test is faster and less expensive than the tests a doctor may do by drawing blood from a vein.

A clinic or blood donation location will prick your finger to draw a few drops of blood, which are then used to measure the hemoglobin level. Hemoglobin is the protein in the blood that carries iron, so a low hemoglobin level often indicates low iron levels.

If the test indicates a low hemoglobin level, further blood tests at a medical facility can help determine the cause and treatment needed.

OneBlood has begun testing donors’ hemoglobin levels before blood donation by using the OrSense Finger Cuff. During this test, a cuff is placed around the finger, gentle pressure is applied and light is sent through the finger to provide a painless measurement of the blood levels.

This is considered to be a non-invasive method of testing iron or hemoglobin levels and may be preferred by those with a fear of needles.

What happens when iron levels are low?

People who don’t have enough iron in their blood can lack energy and become tired easily. In addition, low iron levels in the blood affect the body’s ability to fight off illness, the brain’s ability to think clearly and the overall health of a person’s hair, skin and nails.

Potential signs of low iron include:

See our list of iron-rich foods for a simple way to increase your iron levels.

With a career in communications spanning two decades, Tina Smith is OneBlood’s content manager, taking care of the company’s website and intranet. She also help write the postcards and emails that donors may find in the mailboxes. Helping save lives through her work brings a sense of satisfaction that few jobs can offer.